Ambidexterity
Posted in: Gotta Hand It To You, Healthcare News | Posted on: 25 October, 2017 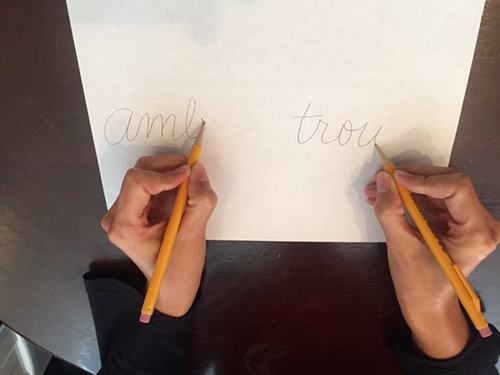 I can NOT do all those things equally well with both hands, though I have tried (not the surgery part). I think I am naturally left-handed, as I indicate in the “About Dr. Yu” section on my website. But cultural and societal norms have forced me to put my right hand to work. After all, there was no way I was going to be allowed to sit at a round table in a Chinese restaurant and use chopsticks with my left hand. It is also a lot easier to teach a kid to swing a bat or a tennis racket as a righty, if the teacher (my dad) happens to be right-handed, just like 90% of the population.

It is my belief that there are very few truly ambidextrous people out there, who can do everything equally well with both hands. I further believe, that most people who consider themselves ambidextrous use one hand to perform mostly fine motor tasks, and the other for gross motor tasks. As an informal, uncontrolled study, I asked all my patients who indicated that they are ambidextrous, which hand they write with and which they throw with. Almost without fail, they do not do both with the same hand. Write left, throw right (like me!). Write right, throw left. And ne’er the twain shall meet. (Sorry, Mr. Kipling. I’m sure that’s not what you meant in your ballad.) Are you ambidextrous? Are you really ambidextrous?

[Incidentally, if the word “ambidextrous” means having two right hands, under the assumption that the right hand is the dominant hand, then I would more accurately be described as “ambilevous” – vocabulary word of the day. However, because history has always looked down upon lefties (the Latin word for left, sinistra, means evil!), the word “ambilevous” means clumsy, or is used to describe someone who uses both hands equally badly. So the surgeon in me says, let’s stick with ambidextrous and stop making such a fuss over the word.]